Meet the team we are following

Every few weeks between now and the Olympics, we will conduct interviews and release the insights. Interviews will be conducted with the leaders, coaches and athletes identified below. Within these interviews we will explore what they are currently focusing upon, how they are feeling, and to what extent those critical ingredients are in place that will enable them to deliver the kind of performance they need to achieve Olympic success. And if you want to get a sense as to what the new track at Beijing will be like, here is sneak preview of what our athletes will have to contend with: https://www.facebook.com/IBSFsliding/videos/927328141429074 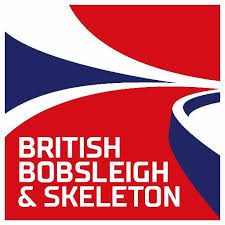 Laura Deas won Olympic Bronze in South Korea in February 2018, playing her part in Team GB’s most successful single day in Winter Olympic history. Laura joined compatriot – and close friend – Lizzy Yarnold on the podium in PyeongChang when she produced arguably her best-ever performance on the biggest stage of all. The former Welsh international tetrathlete has also made the World Cup podium on numerous occasions, with her maiden gold coming in Altenberg in 2015. She started the sport in 2009 through the Girls4Gold scheme in conjunction with UK Sport and is now the longer serving athlete in the British programme.

Matt Weston has already proven he can compete with the world’s very best sliders, despite having only made his international racing debut in December 2019. The 24-year-old won World Cup silver in Igls in November 2020 in what was just his fifth race on the sport’s top circuit. He boasts additional fourth and fifth-place finishes in his seven World Cup starts to date and was fourth in the team event at both the 2020 and 2021 World Championships. A former England Youth international at taekwondo, Matt joined the Ignite Talent Team in the summer of 2017 and, as well as World Cup silver, he already has a full house of Europa Cup medals to his name, including gold in Altenberg in January of this year.

Natalie Dunman heads up the World Class Performance Programme and is responsible for leading the team towards what we hope will be more medal success at the next Olympic Winter Games in Beijing in 2022. Formerly Lead Talent Scientist at the English Institute of Sport, Natalie’s previous role with UK Sport had seen her tasked with supporting sports to build world leading pathway programmes.

Danny Holdcroft joined the programme in 2005 as the World’s first Skeleton named Starts Coach and has played a leading role in British Skeleton winning medals in each of the past four Olympics. Danny currently holds a dual role as Head of Performance Innovation and Applied Research and Head of Talent, overseeing and co-ordinating all innovation and research work spanning technology to best coaching practice and leading athlete recruitment and development.

Ed McDermott is responsible for the planning and delivery of push start and physical sessions across the performance programme during both pre-season and competition. He leads the wider Sports Science and Medicine team during the summer months and his remit is to improve the long-term push performance of all British Skeleton athletes. Ed works closely with the performance coaching team and travels extensively with the squad, but he also provides remote-based programmes when necessary.

Mareks Mezencevs holds the role of Performance Ice Coach within the British Skeleton programme. Mareks joined the British Skeleton in 2019 from Latvia Skeleton where he had worked with the Dukurs brothers (Martins and Tomass) two of the world’s biggest Skeleton stars. Prior to coaching the Dukurs brothers and the senior Latvian team, Mareks slid competitively for his country between 2000 and 2008 on both the World Cup and Europa Cup circuits.